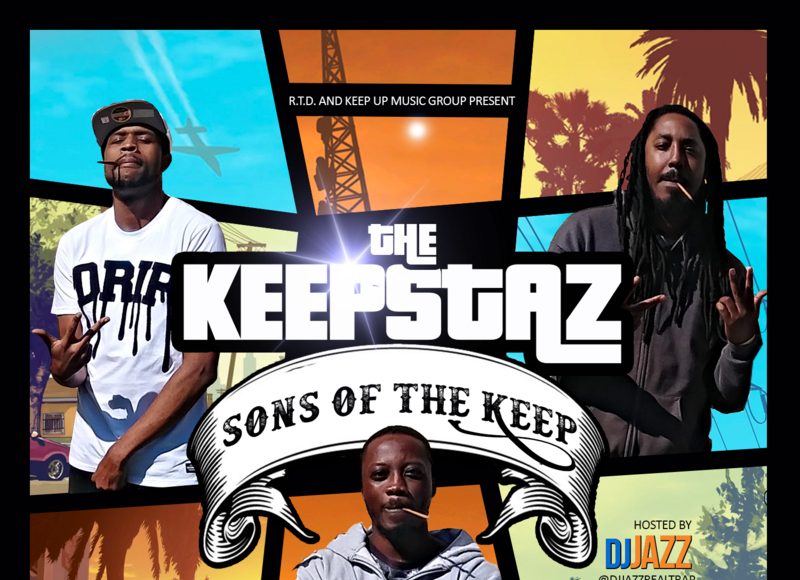 O.V. or “Original Verses” (top left on cover), RedEye (middle on cover) and Yung Keep (top right on cover) make the Portsmouth VA’s raw hip hop trio called the Keepstaz!
Their name itself is an ode to their crew and label the “Keep Up Music Group”; an emerging Virginia Beach based label that boasts ever popular artists and producers such as, Reezy Peace, HashBeatz, Mister Cr and in house dj, DJ Jazz. The Keepstaz, starting off as hype men and street team for the label showed in house producer HashBeatz their talents in late 2018 and the Keepstaz group was formed. Highly impressed with his new formed group, Hash immediately went to work on their first debut project “Sons of The Keep”, adding his signature soulful hooks and beats with styles ranging from Trap to Grimey Back pack style Hip Hop; ever challenging his Keepstaz reoccurring claim that they can kill ANY BEAT, and Kill the BeatsTHEY DID! Boasting features from usual suspects and collaborators Reezy Peace, Mister Cr, DJ Jazz and HashBeatz…THIS IS Keep Up Music Group’s FIRST Rap Group, THE KEEPSTAZ with their Debut Album/Mixtape,
Sons Of The Keep Hosted By DJ Jazz.

You Smile I Smile You Cry I Cry