Lyrics:
[Nardo Wick]
(Kaysan)
All my opps Brad Pitts
Fuck out of here
All these, all these ***s do is act gangster
Them ***s ain’t gangster

[Nardo Wick]
Since them ***s act, pull up with clips and shoot a movie (Shoot a movie)
Depend on how good we do, this shit might make the TV too (Shit might make the news)
Dependin’ how good we do, might come out for a part two (Spin again)
Pull up with cannons, bro-bro, you direct and I’m gon’ shoot (Grrah, grahh, grahh)
Red alert, dead alert, what my brother see?
A *** just got put to bed alert (He got put asleep)
This a super charge, love to make it jerk (Vroom, vroom)
This a wicked ho, my song come on, she twerk (Yeah, yeah, yeah)
Feel like Drizzy mama thirty years ago, the way I carry Drac’
Lil’ bruh knock on the door and run, the knob twist, I let it shake
My *** tried to jump the fence, I heard he died on the gate
They say one *** shot and missed ’em all
Hello? Bet, I just heard he got shot in his face

[G Herbo]
Headshot, ain’t no leg shots, bitch ***
Forty blast, we gon’ take his ass off the list, ***
Breakin’ glass, got him’ takin’ ass when we blitz ***s
Think lil’ bro done whipped a baby ass, keep that switch with ’em (Brrt)
Ayy, jump out, we don’t play (Bah)
Split up, went both ways
Shut up, we don’t say (Shut the fuck up)
Nothin’, he in the way
Get hit up, can’t even get up, he hit in the face
And ***s that’s livin’, we can’t even trace
They skipped the state, for real (They did)
Range SVR, Trackhawk straight and we willin’ to race (Willin’ to race), for real
Fuck the jakes, we gon’ go on a chase
Keep the foot on gas, like it ain’t no brakes (Skrrt)
We ain’t giving no pass, give the chance to take it
We just gon’ take it, shoutout your bro, heard he ain’t gon’ make it
Heard ***s hatin’ how I gangbang, well, they just gon’ hate it

[BIG30]
Brr, ayy, ayy, I don’t fuck with ***s
Plenty Glocks up in this bitch, pop out with plenty killers
I swear, we never stop to spin, I got relentless killers
Got KD with me, my lil’ *** known to finish ***s
Bitch, I got plenty pistols, my AR came with a sniper scope
Lil’ freaky bitch ain’t got no license, eat dick while we drive the boat
We spin they block, four people shot, now look, don’t play with me no more
Ayy, I’m a doggy with this Glock, but with this Draco, I’m the G.O.A.T
Big blrrd, I get shit out of here
Reach for my chain while at the show, get your shit splat in here
I’ma leave this bitch just how I came, I leave you flat in here
Don’t drive suburbans to my show, ayy, throw that ‘Cat in gear (Blrrd)

[Babyface Ray]
Plenty guns, plenty clips (Plenty), forty-ones, no thirty-six (Uh-uh)
Face mob, GTA (Face mob)
Foreign cars at the Clearport bitch (Yeah)
Really I’m laughin’ (Laughin’)
‘Cause ***s be lackin’, laggin’ (Lack)
Far behind, I passed it
My shorties be demons, lookin’ for action
Ask ’em, but say the wrong things, they blastin’
Take off like NASA, we got a problem, Houston
My youngin’ with me, got a quick draw like Curry
I know he get tired of shootin’ (Creep down)
All that actin’, you a created player when you inside the booth (All that actin’)
Wood on the Drac’, it look like a baseball bat, my ***s slidin’ through (Wood grain)
My neck lit, did the same thing for bitch, wrist full of diamonds too (***)
Millions of racks, this the same thing when I sip, I’m tryna find the juice (***)
M63, two-door, blue and this MAC, they can’t find the roof (Boy)
Count my money, goddamn, you a bad bitch and she fine as shit (Yeah, yeah, yeah) 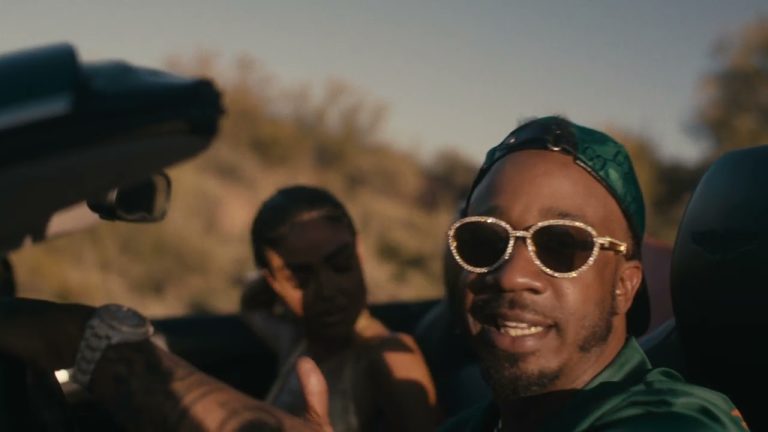